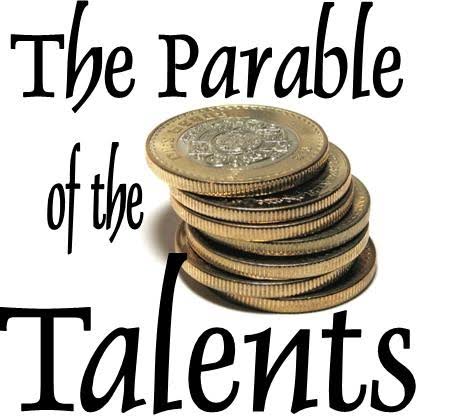 In the famous parable of the Bags of Gold, Jesus Christ talked about a master that shared talents unequally among his servants, each according to his ability. The parable covers from verse 14 to 30 in chapter 25 of the gospel by Matthew. There are many lessons to be taken from this story and the more I look at it from different angles, the more I learn something new about life. But, I will be focusing on the message I’m trying to pass from the parable which is; “Do not view your life from the position of your weaknesses but always look at your strengths and try to utilize it to the best of your ability”.

Back to the parable, there were three servants and each of them was given some mounts of money by a master that trusted so much on their ability to get work done even in his absence. He gave each of them a huge amount of money – that was worth about 20 years of a day laborer’s wage – for them to work with while he was gone. This money, that they may never have been able to earn in their lifetime, was given to them as a sign of responsibility and trust. It was referred to as talents which are the Greek word for money and can also mean a special ability to do something in English. The master had three servants he gave his wealth to which was a total of 8 bags of gold according to the NIV. One he gave 5 bags (talents), another he gave 2 bags (talents) and the third he gave 1 bag (talents). The key thing here is he gave them according to their ability, which means he knows them and he knows what their capabilities are, and instead of sharing it equally among the three servants he gave according to how much they need and can handle. 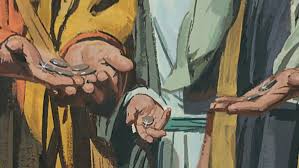 The first servant who had received five bags of gold went at once and put his money to work and gained five bags more. The one who had two bags of gold did the same and made a profit too. But the servant with a bag of gold went and dug a hole in the ground and hid his master’s money/talent. To compare this with today’s world, the master gave them talents in different quantity or quality. The one that received the highest talents which is 5 times the worth of a laborer’s wages for 20 years went straight to work and made use of his talents. He could still have looked down on himself and think 5 talents are not enough for him to achieve his dreams. He could have said he needed 6 for the goals he wants to achieve and see 5 as being too small. But instead, he went and worked with what he had knowing he has been blessed with a lot of talents at his disposal. After all, the talents were given to him and he didn’t have to work for it. Maybe he was a laborer too and it would have taken him 100 years of work to earn that amount of money. But he showed gratitude for being entrusted with such a huge amount of wealth by working with it and making twice in profit. When the master returned from his journey he settled accounts with them and asked what they had done with the talents he entrusted them with. The master was pleased with his servant because he had worked and made profit with the talents that were given to him. Because he had been faithful and trustworthy over a little, the master put him in charge of many and called him to share in his joy. 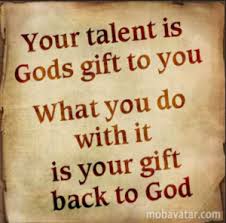 The servant who had the two talents also made a profit with his and gained two more talents, the master also rewarded him like the first servant. The servant that got two talents could have also thought to himself that his master is selfish and partial because he got two and someone got five. He could have thought his two talents were good for nothing, but he didn’t. Instead, he went and put his two talents to work and he made a profit and his master was pleased and he rewarded him.
But the servant who had received one bag of gold came and said “Master, I knew that you are a hard man, harvesting where you have not sown and gathering where you have not scattered seed. So I was afraid and went out and hid your gold in the ground. See, here is what belongs to you”. NIV

First, he had a wrong perception about his master saying he is a hard man and he wants to harvest where he did not sow. Secondly, he was afraid. Afraid of the talents he was blessed with, afraid he could not make anything tangible out of his talent, afraid of his master and afraid of making a profit for his master.
Then his master replied, “You wicked, lazy servant! So you knew that I harvest where I have not sown and gather where I have not scattered seed? Well then, you should have put my money on deposit with the bankers, so that when I returned I would have received it back with interest. So take the bag of gold from him and give it to the one who has ten bags.” NIV

The fate of this servant is the same fate anybody that fails to use the talents given to him by God will face. God has given each and every one of us talents according to our abilities, He will help you discover those talents and He has given you everything you need to utilize those talents to the best of your ability. Do not bury your talents like the wicked and lazy servant, questions will be asked of you when its time to exit this world. You will have to give a report of how you spent your life and how you used the talents that were given to you by God. If he had put the money in a bank, it would have shown that he respected the master at least by investing it. The bank’s interest might not yield a double as the first and second servant got, but it is better than burying the money where it will not appreciate but instead be made a waste. 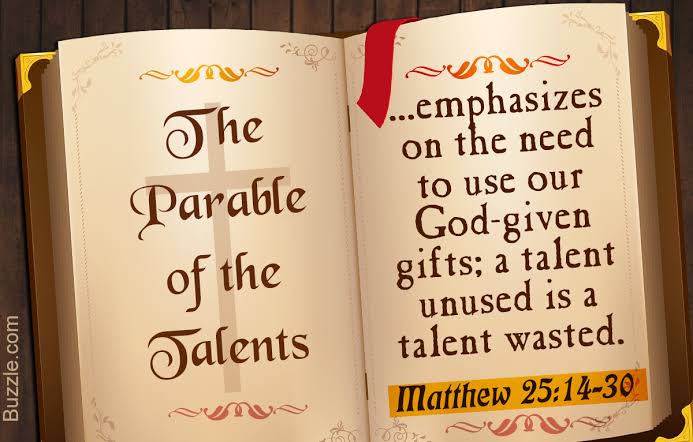 If you remember the famous story of Elisha and the widow from 2 Kings chapter 4, when the widow came to Elisha saying her dead husband left her with 2 sons and debt, and his creditor is coming to take her sons as slaves to pay up the debt. Then Elisha asked her, “What shall I do for you? Tell me, what do you have of value in the house?” She said, “Your maidservant has nothing in the house except a small jar of olive oil.” You see, if she had ended that statement as she had nothing, there would not have been a miracle for her that day; she was able to receive that miracle only because she recognized that she had something even though it was little. There is nothing like little in God’s dictionary. That little is enough to turn her life around if she was willing to give it to God. It only took 2 loaves of bread and 5 fishes (a kid’s lunch) for Jesus to feed over 5,000 people. After she gave her “little” oil to God to help her put it to work, she ended up with enough oil to pay all her debt and she was left with enough change to live on with her sons.
Some people will complain like the lazy servant and say “I was not born in a wealthy family, my parents could not afford to send me to school” or “My parents died when I was 2 years old and I grew up in a foster home, life is a waste when you’re not born rich” etc. This is not to discredit the fact that life is harder when you’re born in unfavorable conditions, but to credit the fact that even in those dire conditions, God has given you talents that is enough to protect you out of that suffering and create a better life for yourself while making use of those talents. That’s why you hear stories about people that are born without legs and they still end up as Olympic gold medallists, some without hands and they went on to become World Swimming Champions. It is when you realize you have enough talents to last a lifetime and put those talents to work that you begin to make such success stories. 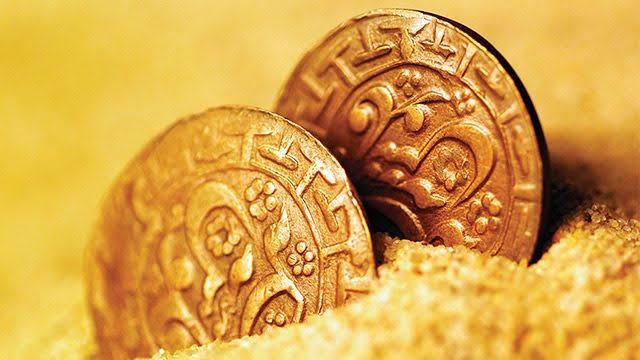 One of the reasons the lazy servant went to bury his talents was because he never saw those talents as his own or tangible enough. Yes, they were given to you by God and He expects you to use it for his purpose. But they were tailor-made for you based on your abilities. Don’t be afraid to work your talents; don’t be afraid to go out of your comfort zone. Take on the world and its challenges; it will be an exciting ride yet a fulfilling one.

Always look at your strengths (talents) and look at ways to work with them. You’re good in Mathematics but poor in Physics and Chemistry?. It’s not a bad thing, use those Mathematics to your advantage and become the best Accountant in the world. You’re a good athlete but you struggle in your studies? Use the Athletics to your advantage and be the greatest sportsman ever. Don’t let your inabilities limit you. Your talents are enough. Whatever you do, do not bury your talent. 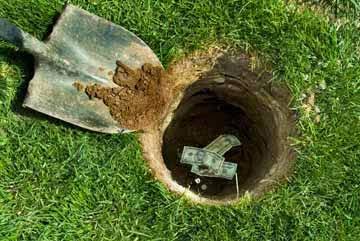 In essence, everyone has been given blessings and gifts (talents), but some use them wisely while some don’t. To those that use them wisely, more will be given to them until their cup overflows and they have abundance. But to those that ‘think’ they do not have because they have buried theirs, the ‘little’ they have will be taken from them.

#Talents and our capacity